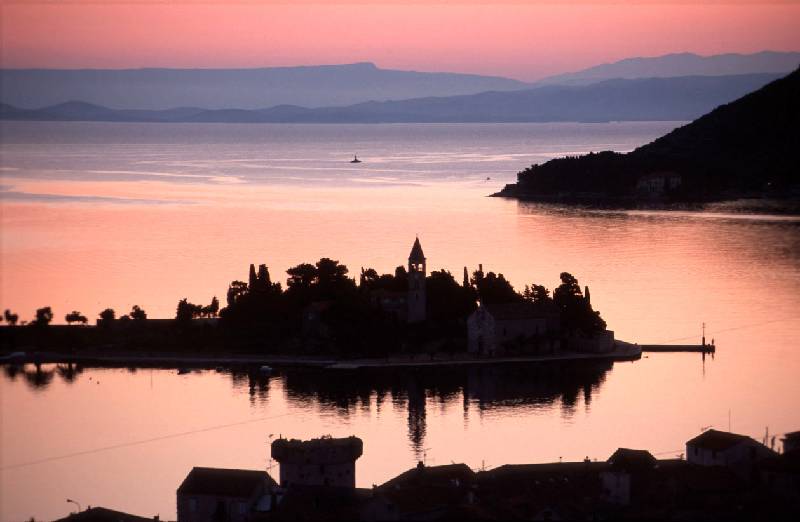 Vis is a small Croatian island in the Adriatic Sea. The farthest inhabited island off the Croatian mainland, Vis had a population of 3,460 in 2011 and has an area of 90.26 square kilometres (34.85 square miles).

The highest point of the island is Hum which is 587 metres (1,926 feet) above sea level. The island’s two largest settlements are the town of Vis on the eastern side of the island (the settlement after which the island was originally named), and Komiža, on its western coast.

Once known for its thriving fishing industry in the late 19th and early 20th century, the main present-day industries on the island are agriculture and tourism. Vis town and Komiža are also seats of separate administrative municipalities which cover the entire island and nearby islets, which are both part of Split-Dalmatia County.

Vis was at one point the site of the general headquarters of Marshal Josip Broz Tito, the leader of the Yugoslav Partisan resistance movement. It was liberated by the Partisans under the command of Tito, and by a British flotilla, in 1941 and 1943. At the end of World War II the island returned to Yugoslavia.

During the war the island was mined. Allied fighter planes were based at a small airfield that was also used for emergency landings of Allied bombers, including an American B-24 flown by George McGovern.

No. 6 Squadron RAF extensively used the airfield as a forward operating base, flying Hawker Hurricane Mk IV aircraft, from May 1944 to February 1945. After the war, the Yugoslav People’s Army used the island as one of its main naval bases. After Croatia became independent in 1991, its navy did not reclaim most of the facilities, and the many abandoned buildings are being used for civilian purposes. In 2008, 34 mines left over from World War II were cleared from the island.

As a free activity, you can attend a Military tour which takes you deep underground into the military complex tunnels that were built during the WWII. These tunnels were a well-kept secret, until 1992, when it got opened for sight-seeing.

Nowadays, there is a relaxed and beautiful island that is a great getaway from the larger cities that connect Vis with the mainland.

The main industries on the island are agriculture (mainly viticulture), fishing, fish refining and tourism. Around 20% of arable land on the island is covered with vineyards. Autochthonous vine species cultivated on the island are Plavac Mali, Kurteloška, and Vugava (the indigenous grape of what is now known as viognier).

The sea around Vis is rich with fish, especially blue fish (sardine, mackerel and anchovy). Komiža fishermen of the 16th century developed their own type of fishing boat, the falkuša which was used even in the second half of the 20th century because of its excellent features. 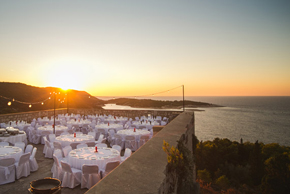